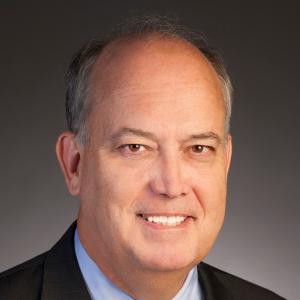 Bill Flanagan serves as Chief Corporate Relations Officer for the Allegheny Conference on Community Development and its affiliated regional development organizations: The Greater Pittsburgh Chamber of Commerce, the Pennsylvania Economy League of Greater Pittsburgh LLC and the Pittsburgh Regional Alliance. In this role, Bill supports institutional advancement, investor relations and membership programming across the organization, and works with public and private sector partners to improve the economy and quality of place across the ten-county Pittsburgh region. He serves as host and producer of "Our Region's Business," a weekly business public affairs program now in its 18th year on WPXI-TV in Pittsburgh, PA, the Pittsburgh Cable News Channel (PCNC), and YouTube.

In 2009, Bill served as president of the Pittsburgh G-20 Partnership, the public-private partnership that welcomed the world to Pittsburgh for the G-20 Summit.

From 2004-2008 Bill served as the Executive Director of Pittsburgh 250, the 14-county commemoration of the 250th anniversary of the naming of Pittsburgh.

An experienced broadcast journalist, Bill has told the story of the transformation of the Pittsburgh region's economy for almost 40-years, as a general assignment reporter and "Money Editor" for KDKA-TV from 1982 to 2001, and has written about personal finance for the Pittsburgh Post-Gazette and KDKA-AM.

Bill serves on the boards of Leadership Pittsburgh, Inc., and River of Steel, and as an advisor to the American Middle East Institute, the National Flag Foundation, and the International Free Expression Project.


Bill and his wife, Ann Devlin Flanagan, are the parents of two children, Will and the late Mara Catherine.